For years, Upper Sandusky Mayor Scott Washburn has made no secret of his desire to see a dirt race track in the city so he doesn’t have to go out of town on Friday and Saturday nights to take in his favorite pastime.

That dream will become a reality in April 2017 as the city announced on Thursday it intends to get into the racing business with the construction of a quarter-mile oval track where the vacant Blackhawk building now sits on North Warpole Street across from Village Inn Restaurant and We Luv Yogurt.

“The city is in negotiations to buy the Blackhawk building and it will be torn down and a quarter-mile banked bull ring will be constructed on the property,” Washburn said during a press conference Thursday, adding the city also is purchasing other properties around the former factory to make the dirt track a reality.

In addition to the track, which will have a grandstand that seats 10,000 spectators, the mayor said there will be a campground and micro-brewery on the site to help draw people to the state-of-the-art dirt facility every weekend.

The featured event every year will be a week-long Speed Week the first week of September that will culminate with a Tony Stewart-owned All-Star Circuit of Champions event on Sunday night, Washburn added, noting a 20-year contract has been signed with the NASCAR champion to hold the race.

“The city is looking forward to this endeavor,” Washburn said.

“It’s going to be a huge thing for everyone. I know that Upper Sandusky and Wyandot County are full of racing fans and will support it.”

Demolition of the Blackhawk building is expected to take place in May, Washburn said, with construction of the $20 million facility hoped to be completed by early October and the first race, the Scott Washburn Memorial Sprints, planned for April 1, 2017.

The mayor said plans for the facility featuring sprint cars and late models began coming together last fall after Washburn bumped into Stewart, who in addition to his racing credentials is the owner of Eldora Speedway, in the buffet line at a Golden Corral in Celina.

“We were at the ice cream machine making sundaes and struck up a conversation,” Washburn said.

“Smoke (Stewart’s nickname) knew of Upper Sandusky because he had went through the Arby’s drive-thru here while traveling to Mid-Ohio (in Lexington). I told him about my vision of getting a dirt race track and he said he was looking for another venue for his recently purchased All-Star Circuit of Champions. We talked for about three to four hours over hot fudge sundaes and everything kind of fell into place after that meeting. As a racing fan, winged 410 model sprint cars have always been my favorite and that will be the main focus here.”

It was after the conversation with Stewart that Washburn said the city started inquiring about possible locations for a track.

“We looked at Stepping Stones Park and Reber’s Bottom, but the Blackhawk building made the most sense,” Washburn said.

“It has access from two different directions of U.S. 30, allowing it to be more easily accessible for the influx of traffic the city expects from the track. We decided against exploring Reber’s Bottom further because that would have meant having to annex the land.”

The micro-brewery and on-site campground will be owned and operated by Stewart.

Washburn said neither he nor city council are worried that residents will be bothered by noise generated at the track during race and practice sessions that will run into the early morning hours throughout the spring and summer, noting the economic benefits to the city alone make it a worthwhile venture.

“That is usually the first week of school,” Washburn said of Speed Week.

“But I assured Smoke during our conversations that we can have cars running until 5 a.m. every morning if necessary. I told him a majority of our residents are race fans and we have a community that will be very open to having sprint cars. It’s a great opportunity for area businesses and race fans alike.”

Wyandot County Economic Development Director Greg Moon, who is helping the city negotiate the land purchases, noted the influx of revenue the city could receive may top $50 million annually from visitors to the track. That doesn’t include the 40 full-time jobs he said will be created to operate the complex.

“From an economic standpoint, everyone wins.”

He added negotiations with the Stewart group went relatively smoothly, noting no tax exemptions were requested.

“They want to make sure the city and school see the full benefit from this,” Moon said.

“All Tony asked for was 5 pounds of Wisconsin-made Swiss cheese whenever he comes to town. We thought that was a reasonable request.”

Washburn said the zoning commission agreed to waive all the necessary variances and city council agreed to purchase the Blackhawk building and surrounding property during an executive session in January.

At the same time, funds were set aside for the track in a separate line item of the city’s budget.

Upper Sandusky resident Dustin Rall, who races at dirt tracks throughout the summer, said he is excited about the coming of a new track.

“I love it,” said Rall, who frequently runs in Fremont and Attica.

“I finally will have a home track I can call my own. It won’t be just a track. It will be in my backyard. Right now there are weekends where we’re on the road 12, 15 or more hours. This will help us cut down on travel. It gives me somewhere I can run my car 24/7.”

Washburn said when the track is not in use, the city will try to bring major musical acts there, noting he already has contacted a Guns-N-Roses representative about getting the band to perform in Upper Sandusky for one of its 2017 reunion shows.

“Talks there have been very positive,” said Washburn, who noted he knows and hung out with the band’s guitarist Slash in high school, adding there are only a few minor details to work out.

If you believe this story, we got you. 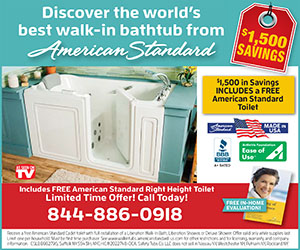 Rowland’s eagle on hole No. 1 helps Rams get off to good start

Upper opens season by getting wins over Kenton, Ridgemont